Sausages as a sin. Wow!

Sausages are even older than ancient Greece or Rome. The Sumerians (now Iraq) made sausages 5,000 years ago. Romans made also sausages. They mixed fresh pork with finely chopped white pine nuts, cumin seed, bay leaves and black pepper. In 320 AD, because of their association with pagan festival, the Roman Emperor Constantinus I and the Catholic Church made sausages eating a sin and their consumption was banned! Therefore sausages went underground. Smuggled sausages were brewing Rome in such numbers that the ban was officially lifted soon.

In the Middle Ages came to a real boom of sausages and their production became a real art. Different varieties began to develop as wurstmachers, as the people who made sausages are called in Germany, used ingredients available locally. So almost every major European city and province got they own sausage at which they became known. Germany is today the capital of sausage with even 1500 species of Wurst. Brat-, Bauern-, Blut-, Bregen-, Beer-, Weisswurst or Frankfurter are one of the well-known German sausages.

The Bavarian Weisswurst is eaten only for breakfast. The Frankfurter was originally a luxury item. Frankfurters were served in honour of the coronations of the Holy Roman Emperors in Frankfurt, from the 16th Century onwards. An ox, stuffed with local pork sausages, was roasted in the main square to celebrate. The sausages were a great luxury because they were made of the finest mincemeat. Blutwurst is made of pig's blood, suet, bread crumbs, and oatmeal. Almost black in color, blood sausage is generally sold precooked. It's traditionally sautéed and served with mashed potatoes. Beerwurst does not contain beer. It is made with lots of garlic and is a dark red color.

Bauernwurst, Kasekreiner, Frankfurter and Weisswurst are part of the menu in Heidi’s Fortune Pub. 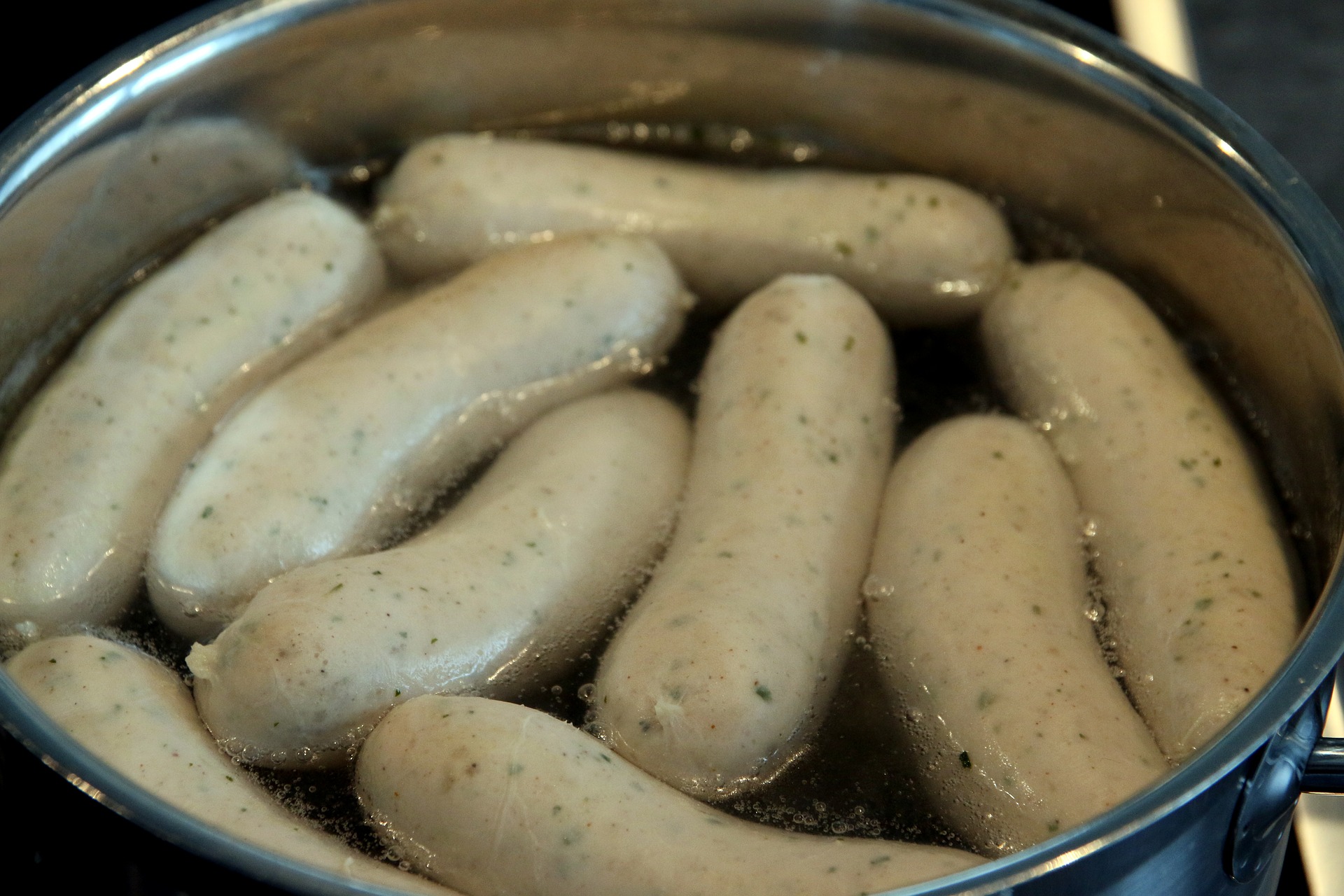 Heidi's fortune pub has just moved to the neighborhood! we are here to get you closer to Austrian coffee as well as German sausages and beer. Bratwurst, Kasekrainer, Kapuziner but also many more flavours would tickle your taste buds for sure.